Water contamination can be found in many water sources, regardless of location. Certain contaminants can be extremely detrimental to both our short- or long-term health, especially for young children, the elderly, or those who have compromised immune systems. 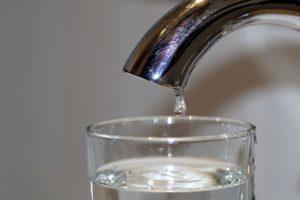 This describes material that exists in a suspended (insoluble) form in water, which will typically settle on the bottom of a glass or bottle as visible sediment. This type of contamination is very common in surface waters, such as rivers where water movement generates high turbidity. To remove this type of contamination, the physical method of filtration is employed. Different filter pore sizes allow for removal of particles to specific “micron” (millionth of a meter) ratings.

This contaminant refers to materials chemically dissolved as part of the water, as opposed to settled, and their concentrations are measured overall as total dissolved solids (TDS), and the maximum concentration allowed in drinking water is usually around 1000 ppm.

TDS is a general measure of all solids dissolved while more detailed analysis will report the levels of individual dissolved species (for example, calcium, magnesium, bicarbonates, and nitrates). Dissolved solids are generally in the form of ions, cations carrying a positive charge and anions carrying a negative charge.

This type of contamination is a major challenge in many parts of the world where water distribution systems are lacking or not in a good state of operation and where water is stored for use in drought conditions. In these situations, the primary concern is to eliminate illness-causing pathogens that may be present in the water, including bacteria, viruses, and parasites. In these same areas of high heat and humidity, reproduction of harmful organisms is often very rapid. 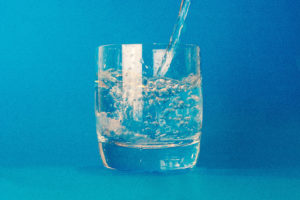 E.coli is a type of Coliform bacteria. Coliforms are bacteria that live in the intestinal tracts of animals, and any type of coliforms in the water is an indicator of some kind of fecal contamination of the water. Not all coliforms are dangerous, but the presence of them in a water sample indicates that there is a possibility that some of those coliforms could be e.coli.

Giardia and Cryptosporidium are both organisms that live in the intestinal tracts of animals. As part of their life cycle, both are flushed out with feces and form an extremely difficult-to-penetrate cyst to protect them, even in harsh environments. These organisms can survive, even in cold water, for months in the environment until they are ingested and start the cycle over again.

They can be an indication that fecal contamination is in the water for reasons such as flooding, bad well construction, or septic problems. Both of these microbes can cause illness, and in children, the elderly, or immune-compromised people they can be a very serious and potentially deadly threat. Unfortunately, because of their protective cyst coatings these organisms are highly resistant to chlorine water treatment as means of disinfection.

Ultraviolet treatment eliminates all of these microbes in water without the use of harmful chemicals that can create disinfection byproducts. It can combat chlorine-resistant microbes, and does not change the taste or odor of water.

The quality of your drinking water can change both daily and seasonally. Contaminants can go undetectable and often infiltrate wells, aquifers, and aging infrastructure leading to an increased risk of mass pollution. In fact, boil-water advisories are becoming scarily more common, even in larger developed cities. 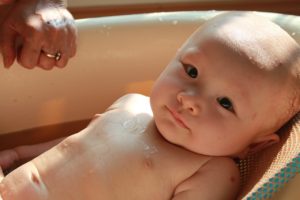 Not all water disinfection technologies are created equal. Certain chemicals can be both dangerous to handle, toxic to our bodies and hazardous to the environment, such as chlorine, flouride (a potential neurotoxin) and chloromine. Unfortunately, some waterborne illness-causing microbes are chlorine-resistant making these treatment obsolete. Reverse osmosis wastes on average three gallons of water for every one gallon it purifies, and is no longer recognized as a barrier to microbiological contamination. Filters can improve taste, but they generally do not treat microbiological contaminants.

There is a treatment option that addresses all of these issues: ultraviolet (UV) disinfection. Watch the video below to learn more.

Installing a water softener system in your home can save you money and greatly improve your quality of living. Soft water has greater washing power, meaning to use fewer cleaning products like laundry and dish detergent. Soft water can also extend the life of your expensive household appliances by up to 30%. image2

Many people don’t like the way hard water leaves their skin and hair feeling dry, or the way it cleans their dishes. In addition, hard water can cause water stains and mineral build up that can clog pipes, shorten the lifespan of appliances like dish washers, water heaters, washing machines and causes significant damage overall to your entire home’s plumbing system which can be difficult to repair.

Simons is the leading, locally owned and family operated HVAC company in the area that has earned a 5-star reputation from its residential and commercial customers because of our honest and dedicated approach and workmanship.

We offer prompt, top-quality service for customers all across the ADK & Capitol regions, including Lake George, Queensbury, Glens Falls, Saratoga Springs, and more. We are proudly a Lennox Premier and York dealer, yet work with many other brands. We offer 0% financing, 5-year labor warranty* (Read More), National Grid and NYSERDA rebates up to $5,000, free estimates & IAQ testing, & 24/7 emergency service.

Our goal is to handle all jobs with equal importance, making sure our customers are comfortable and safe in their home or business. Placing a strong value on customer satisfaction- rain or shine, we are out to make things happen!
Call (518) 741-2371 today to schedule a free quote!